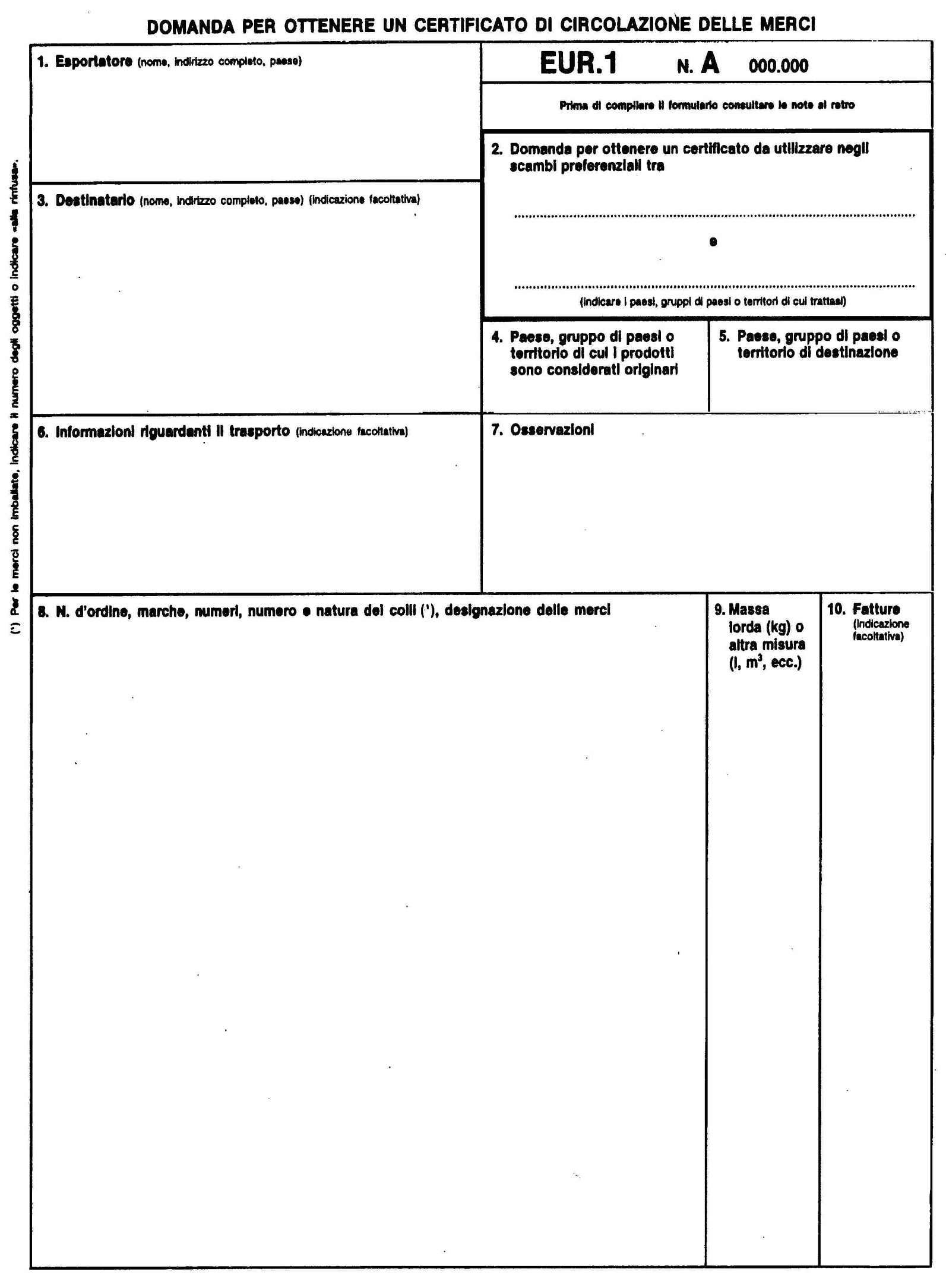 In international trade the general rule is that the goods have non-preferential origin and applies to them the rate of duty set out in the text of the Common Customs Tariff. When trade relations are guaranteed by tariff agreements (contractual or unilateral), the goods are subject to a reduction of taxation, partial or total, and exchanges are facilitated for what concerns the only customs charges.
The general principles for the use of the rules on non-preferential origin of goods have been defined by the Kyoto Convention of 1973, to which the European Community has joined in June 1977 within these basic rules, it is universally agreed the principle according to which “always originate in a country the goods wholly obtained”. When the goods subject to certification is obtained with the use of materials originating in different countries, the issue is complicated and it is necessary to refer to particular rules that define what is the conversion to which the materials were submitted to obtain the status of “original “of the country in which the transaction takes place. So, in this context, the main difference lies in the “sufficient and insufficient working or processing” giving or not originating goods. Such notions are given in the EC Regulation – DAC Provisions of the Community Customs Code, according to which transformations are considered complete by working or processing which have the effect of classifying the products obtained in a voice different from that of the Combined Nomenclature relating to each of the non-originating products used.
The preferential origin is embodied in a more favorable customs treatment granted to products originating in those countries with which bilateral agreements are in force and/or unilateral concessions. The application of such agreements is reflected, as previously noted, in a minor impact or free customs transactions settled. The rate of duty of reference are given in the TARIC (Integrated Tariff of the European Communities). It is obvious that the best reason in customs treatment granted, the rules that identify preferential origin are more stringent than those of non-preferential.

The “EUR1 Certificate” is used to certify the preferential origin of goods in trade with countries linked to ‘European Union by bilateral agreements.

(1) If the registrant is not an approved exporter, and therefore does not possess the authorization number, the words in brackets shall be omitted.
(2) Indicate necessarily the origin of the products.

Countries where EUR1 is required

We offer a wide range of transport and logistics solutions that are functionally integrated with your company’s needs.
Our teams are always available to offer customized solutions for the correct functioning of the supply chain.
Contact us to know our services.

Blog Cargomar
We are using cookies to give you the best experience. You can find out more about which cookies we are using or switch them off in privacy settings.
AcceptPrivacy Settings